or: How I Learned to Stop Worrying and Love the Binary Bomb. 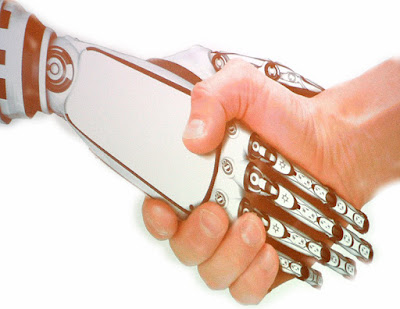 Recently I heard the term 'digital disruption' while shooting a marketing event in Berlin. Marketing professionals expressed concern over the digital wave which is sweeping old business and marketing methods under a binary tidal wave of ones and zeroes. The only thing to fear about inevitable change is the ability to run with it. Rather than being afraid of some robot taking your job, just think of technology as providing you with cooler tools and toys to play with.

I live the Information Age, which is preferable to living in the Stone Age, the Bronze Age, or the Dark Ages. I'm a photographer, so in a different age I suppose I would have been the cave painter, the sword engraver, or the sketch artist at the village fair. But I love the digital disruption happening in photography equipment. I'm a right proper Old School Photographer who once rolled celluloid into metal cameras and spent too many hours breathing dangerous chemicals in dark rooms just to get a few black-and-white images onto the pages of the weekly hometown newspapers. Now I can breathe easy knowing I'm not polluting my lungs or the water table with my photo chemicals, and I can see and share the instant results of my work with clients, friends, and the world. Nowadays only hipsters shoot with film.

That sweet slide film Paul Simon sang about was the best photography product of the analogue age. No better image could be acquired on any medium at the time. Film negatives yielded grainy results, the higher the ISO, the worse they looked in print. But those incredible positive dyes in Kodachrome required incredibly negative chemical nastiness and mess to process. One of my early college photography professors once said: “My students ask me when I will teach another Kodachrome processing class. I answer: Have you heard of the second coming of Christ? Well, the semester after that.” Kodachrome looks fantastic, but nobody wants to deal with the ugly chemical process. It was eventually phased out completely in the U.S. I remember sending my last roll of Kodachrome to be processed in a lab in Texas. There's even a film 'Kodachrome' with Ed Harris as an old school photographer.

The digital age of photography hit like a monsoon in the new millennium. Before that, only fools would pick up those cheesy, pixelated brick cameras and try to work with them. It wasn't until 2005 that I bought my first digital camera. I was still shooting negs at that time, and one day I had just come to the Prague photo lab to collect my payload of negatives from a week-long photojournalism assignment for a Portuguese magazine called Visao.

Czechs are not known for their friendly customer service, which at the best of times is like trying to tickle a smile out of a badger. But when the photo lab monkey said they hadn't processed my film yet (they only had a week to do it), I showed them his manager's signature on a receipt promising Friday delivery. “Oh” said the lab monkey, “He's in the cottage.” So I wrested my unprocessed photo negatives from his lethargic hands, handed them to the Portuguese reporter, who returned to Lisbon with them. I never saw my negatives again. I got paid for the job and got a copy of the magazine, but a photographer would rather lose a kidney than his negatives. The very week after I bought my first digital camera and never looked back. No more dirty chemicals, no more waiting on monkeys, and no more losing my negatives. Technology solved many problems in one fell swoop.

While the tools of the trade got better, they also paved the way for a new generation of posers to enter the arena. With increasingly impressive digital cameras being made every year, the technical skills required to make an image became meaningless. Now seemingly any chump with a credit card and a website could throw up their best 10 shots and call themselves a photographer. This type of disruption diluted the pool of real photographers, and many of us were rightly pissed off. But this wasn't just about how the new cameras made it possible for a greater number of people to take better pics. It was about the digital disruption of professional photographers' marketing and networking. 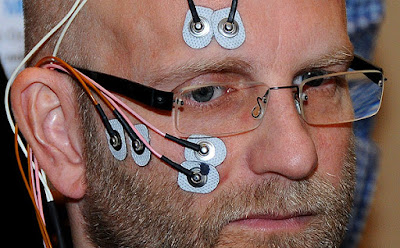 With so many thousands of photographers out there floating in the cyber-sea, old school shooters now had to master social media, SEO key wording, and blogging just to keep from drowning in a sea of amateurs with a few pretty pics and a mastery of narcissistic self promotion. And as always, the professional photographer needs to stay aware of the changing trends in photography. How does a photographer trained in photojournalism get work when newspapers are falling faster than the trees needed to print them? I once shot mainly weddings in Prague in a documentary style. Now, fashion weddings are popular again, the field is flooded with fashion photographers, and the destination wedding industry has moved to other cities.

Now I mainly shoot commercial events. My skills in photographing people have shifted focus, as it were. And as one city loses its charm as a destination for commercial events, I am happy to trot around Europe with my camera to see new cities hosting corporate events. I do sometimes miss the days of black-and-white films and the rich, silvery tones in archival prints. Even then, I was trotting around Europe rolling my own film and processing it in portable tanks. Only the joy of travel remained constant.

Posted by Craig Robinson at 04:09 No comments:

I just finished my new website!  Please feel free to give it a test spin, and contact me with any feedback.  Last year I was fortunate enough to cover events in Berlin, Prague, Ljubljana, and Lisbon (twice!).  I'm available to cover your event or wedding anywhere in Europe.

Posted by Craig Robinson at 02:38 No comments: