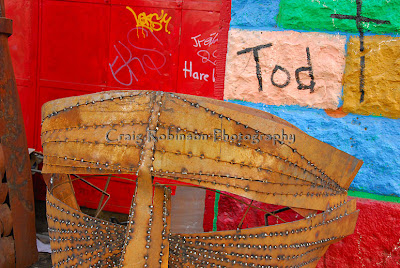 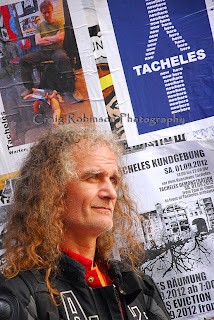 Kunsthaus Tacheles (Art house Tacheles) was on the tourist map and guides once took merry tourists through the hallowed halls of art and piss-reeking stairwells to catch a glimpse of the Real Berlin.  The building survived Nazis, commies and squatters.  Now it is gone. 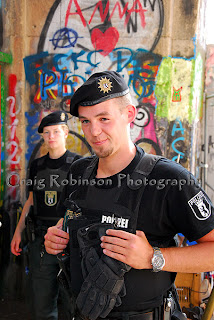 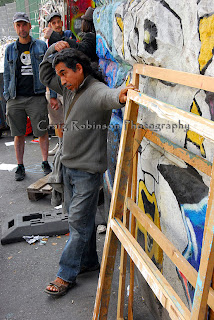 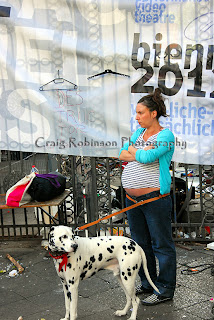 It has been months since the police pushed the last artists out of the former-art-squat-turned- artist-residence and the last angry shouts of protest fell on the deaf ears of press and passersby.  Tacheles died a slow death, fighting tooth and nail, as most alternative spaces do, until the very banks and investors who let them stay for a song ripped the rug out from under the very people who made the neighborhood as prosperous as it is today.  Looking up and down the restaurant and bar-lined street, there is no question that this is a bustling area. 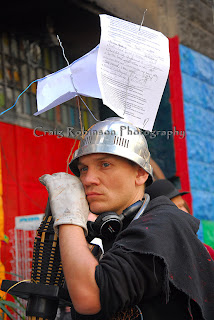 Unchecked and unregulated, the uber-Capitalist machine runs roughshod over the very people who build communities and make neighborhoods worth living in.  But no, we must let laissez faire markets kick lazy fairy artists out into the street.  Because that’s what we do in the free world.
I watched police moving the artists out.  I spoke to the artists and the police.  I took some photos as well.  These are just a few of the photos I took in what may later become a long term documentary of the effects of gentrification on city and citizen alike. 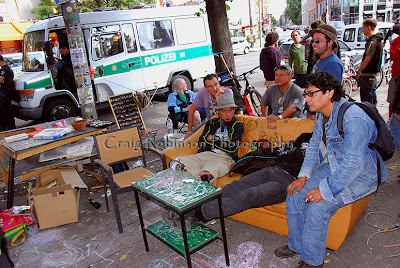 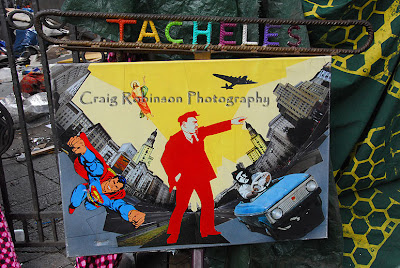 Posted by Craig Robinson at 18:04 No comments: