The street art scene in is one of the best in the world.  And no neighborhood in packs more street art per square meter than Kreuzberg.  Just take a stroll in the area between Oberbaumbrücke and Schlesiches Tor U bahn station and you will become a believer.  Spray can statements writ large encompass entire sides of buildings.

On a rare clear January day in I hit the streets of Kreuzberg to add some more street art shots to my growing collection.  Last summer I began a personal project on street art and street artists in .  In pictures and words I aim to document the vibrant street art scene in and show the importance of street art as a form of communication, protest and/or city beautification.

As I was fixing my camera’s focus on a particularly colorful wall, I heard the familiar sound of the English language nearby—explaining the very street art I was about to photograph.  I stood my ground as a small group of a dozen tourists flowed past me pointing and snapping pictures.  The last words I heard from the tour guide was ‘and this piece is by ALIAS…’

I waited for the group to soak in the spray can scenery before I proceeded to take my own photos in my own time.  Just around the corner a table loaded with spray cans stood in front of a sleepy café.  A spray can artist popped up from behind the table and bombed the wall with blasts of colorful coffee cups and trees with oranges dripping juice.  I looked around and noted the neighborhood pride:  many cafes, shops, bistros and kebab joints were festooned with urban art and spray painted motifs.

On the river end of Cuvrystrasse is an abandoned field with three painted behemoths standing guard.  The entire sides of the two buildings behind the field were covered with five-storey tall figures by globally-famous urban artist BLU from .  One of the iconic pieces—a headless businessman adjusting his tie while his hands are bound by twin gold watches and chains—is even featured on a Hard Rock Café Berlin collectors pin (among no doubt hundreds of other pieces of unofficial tourist tat). 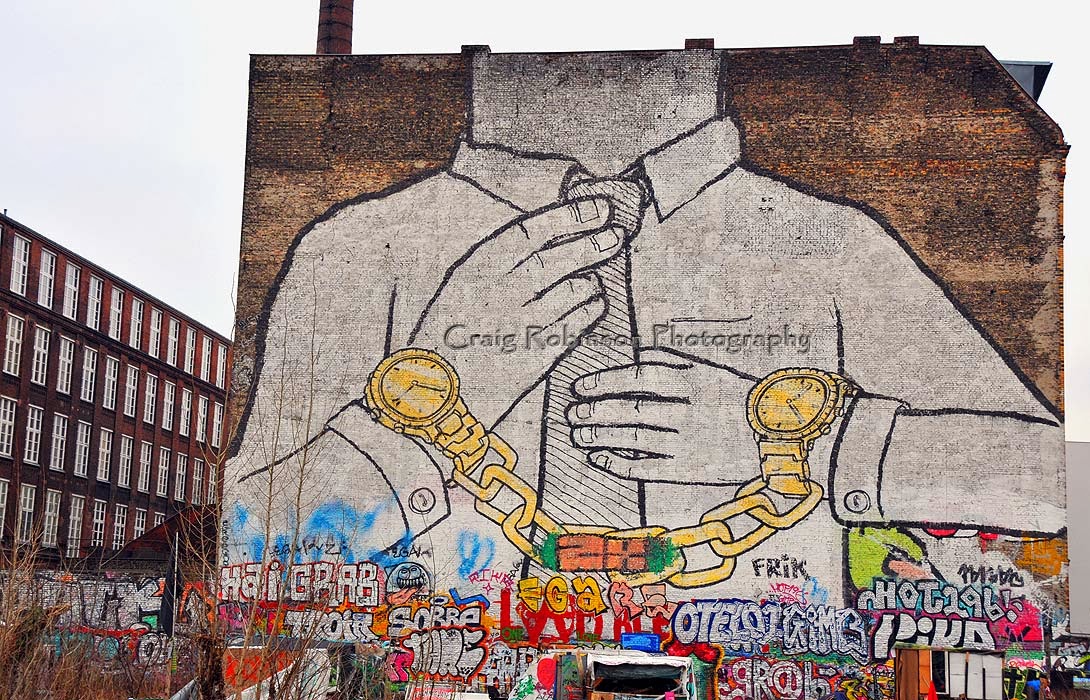 A wide open gap in the wall surrounding the field beckoned me inside.  As I walked further into the field, the random piles of rubbish began morphing into mounds of building materials crudely lashed together into the shape of shacks.  A large teepee stood to my left and I heard voices and laughter near some curling smoke.  Moments later I encountered a couple sitting around a fire amid piles of tastefully arranged skip furniture.  They asked me to join them with a warning not to take photos.  They pointed to a sign with the international symbol of a crudely drawn camera with a big red line through it.  I agreed to their reasonable terms and they invited me to join them by the fire.  After a quick run to the nearby market, I procured portable potables for us to drink around the fire in the field.  They told me the story of their community, their struggles and their commitment to sleeping outdoors in the winter.

We discussed the economic state of , the closing of almost every beach bar, jam space and artist community along the River Spree.  YAAM, the last of the Mohicans, is apparently on the chopping block as well.  I once interviewed the manager of YAAM for a story on Berlin’s beach bars.  He told me the outlook is grim for anyone who takes an abandoned space and makes a thriving community from it, because the developers are always poised to move in and smash dreams.

So once again gentrification rears its ugly head.  In ’s case, the police haven’t yet applied the jackboot.  The young Argentinean man I was speaking to plucked the few remaining strings on his old guitar and informed me that a community isn't in danger until the original property owners decide they have the money (investors) to do something with the space.  I hope that they never will.  And on that note, I finished my drink, bade them farewell and wished them the very best of luck. 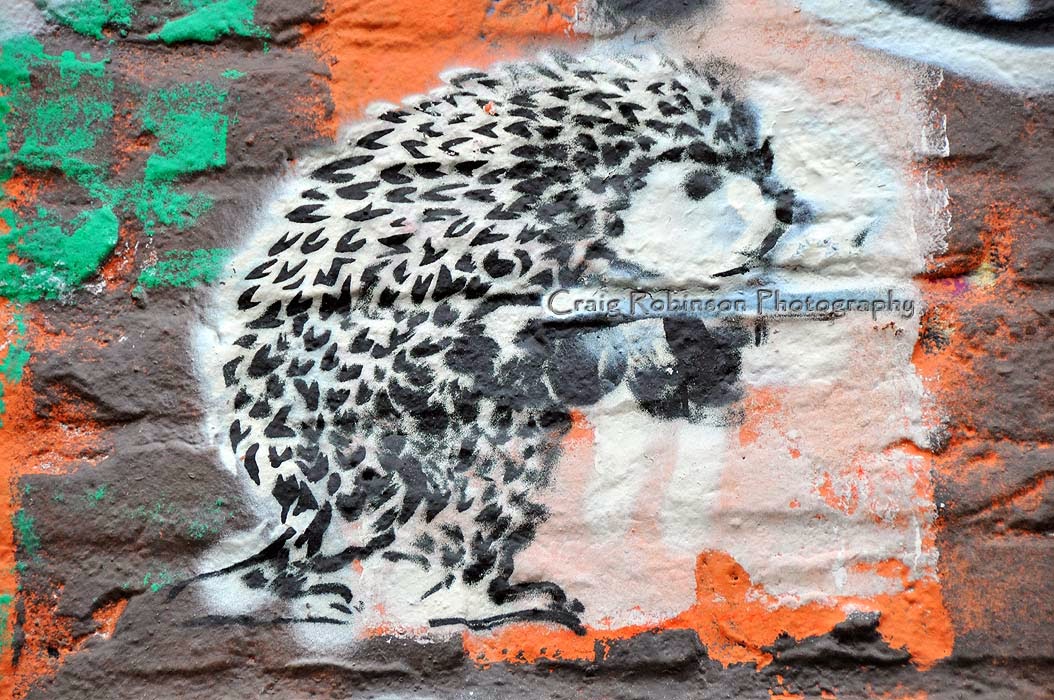 In the coming months I will update my website and blog with images from my Berlin Street Art documentary.  Please subscribe to this blog and/or check back periodically to follow my progress.
Posted by Craig Robinson at 04:42 No comments: