RAW vs. JPG: Apples to Oranges?

There is a heated debate out there in the photo geek world: do I use RAW or JPG?  The RAW geeks like to have their memory cards fill up quickly and then spend hours in the latest version of Photoshop (needed to open the files) to tweak their images.  The JPG geeks (like me) prefer to get the shot right in camera, shoot hundreds of images without changing cards, AND get top quality shots. 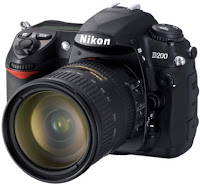 If you are a RAW geek, I'm sorry to say you CANNOT see the difference in a print from a RAW image or a JPG image set at the highest quality in camera.  Unless the print is a ridiculously large size, like a bed sheet.  In my work (editorial, wedding, portraits), I can't futz around with RAW files when a client needs 500 pics on a DVD in a few hours.  Not to mention, most of my clients wouldn't be able to open my Nikon NEF RAW format files without special software.  When I was new to the digital game, I would ask magazine and newspaper editors if they wanted my final shots in RAW, and they unanimously said 'No way!  What the hell can I do with a RAW image?'

I was having this argument with an art photographer the other day.  He insists that shooting RAW is the ONLY way to fly, and implied that if I don't shoot RAW then I might as well give up photography, throw my camera in the garbage and get an office job.  Well, art types are sensitive, emotional types so I didn't want to piss in his Cheerios.  I just said 'apple to oranges, mate.'  Of course he shoots fewer shots than I do and has lots of software and time to tweak RAW images and print gigantic prints for exhibition.  I don't.  It's that simple.  In fact I've only seen prints from my shots once or twice. My clients deal with the original hi-res shots I give them.  They get printed into newspapers, magazines or wedding albums.  Hardly the need for all that wasted memory card space.

With today's high megapixel digital cameras, you need to keep spending more money on bigger memory cards anyway.  Why buy ten 16 gigabyte cards just to say 'I shoot RAW?'  So if you are a photographer who shoots RAW, I'm sorry to say you don't know much about the technology.  You assume 'bigger file size is better' when in fact the latest cameras get fantastic results with the JPG at the highest setting.  But what it all boils down to is this:  either you can take a sharp, high quality image that is well-composed, well-lit and beautiful to behold--or you can't.

No amount of megapixels can save you.  Most of the RAW geeks I've met only shoot RAW because someone told them to.  Like a camera salesman or another photo geek.  I've even seen some stock agencies refuse to except anything other than RAW.  Well, there are a jillion photographers out there with the latest gear all trying to sell their images in a highly competitive digital world.  So someone has to draw the line somewhere.  I feel that agencies shouldn't use numbers and file formats as the litmus test for a good photo.  I recently joined one stock agency which didn't mention RAW.  They just said that if you take pics of birds in the park, your children or the family bbq...don't sign up.

This goes out to all the misguided folks who think there is something wrong with shooting JPG.  Especially to the one slightly confused bride who told me that she chose another photographer because his camera has more megapixels than mine.  Poor dear.  And poor me for living in a world of people who buy the megapixel myth or the RAW religion.

For more info on the megapixel myth and RAW vs. JPG, check out Ken Rockwell's highly informative site:


http://www.kenrockwell.com/tech/raw.htm
Posted by Craig Robinson at 01:27

Email ThisBlogThis!Share to TwitterShare to FacebookShare to Pinterest
Labels: benefits of RAW and JPG, megapixel myths, RAW vs. JPG